How things have changed in 25 years! 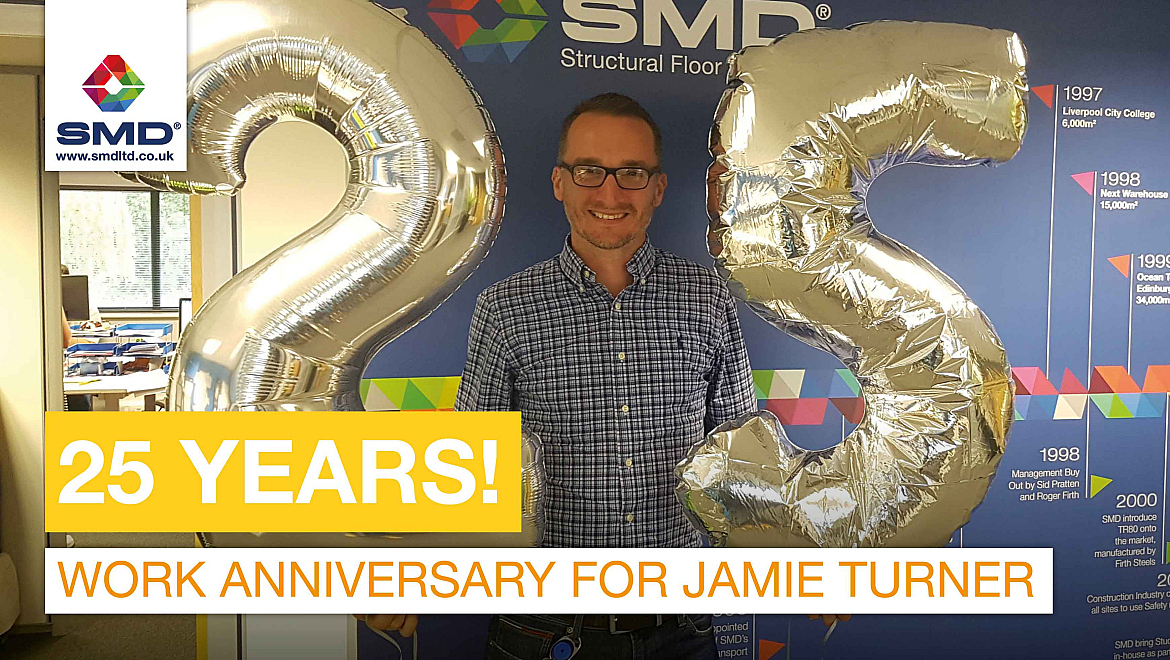 In celebrating my 25 year anniversary at SMD this month, it is scary how quick the time has gone and even more scary that, as people in the business regularly remind me, they were not even born when I started! This milestone got me thinking about what both SMD and the industry was like in 1994!

Whilst the media will have you believe that Construction is slow to innovate, the business and industry looked totally different back in 1994 when I started.  I can vividly remember starting on my first day in an office with no more than 10 people, one of which was Ben Pratten who was working at SMD whilst completing his degree.  Little did I know then that I’d be still working with Ben all these years later and the business would have grown to 10 times the size in both turnover and personnel from those early days.  So what else has changed?

No more pen and ink.

My earliest jobs as a draughtsman were detailed using rotring pens on tracing paper and one of my daily tasks was spending the afternoon hours printing drawings by drawing through a die-line printing machine where each copy had to be developed much like a photograph was in the old days.  As for revising a drawing, this was a much more difficult task than simply using a computer, as you had to carefully scratch away the pen lines with a razor blade being careful not to cut through the tracing paper!  The use of CAD for drawings has revolutionised the industry more than we realise with now the addition of 3D modelling, I certainly don’t miss the smell of Ammonia from the drawings and daily fight against paper cuts when folding the die-line paper copies.

Not so mobile phones.

Today communication in the business is critical, this has seen the use of email, internet, mobile phones and WhatsApp change the way we work on a daily basis.  Back when I started, there was no such thing as email, internet or mobile phones.  I can recall the queues that would appear outside red phone boxes near site as people holding unfolded drawings waited to call the office with a site query.  I remember the very first mobile phone SMD had for one of our site managers, as he carried it round site in one hand cabled to the heavy suitcase-like battery in the other hand.  This will never be practical we thought!

As for emails, whilst these are great, they have made our industry work in real-time.  In 1994, fax  was the quickest way to ask a question and post for issuing drawings.  Waiting for an answer for days/weeks to a drawing query was accepted as the norm.  If only that were still the case, today people expect an almost immediate response and this has brought challenges where sites often start before they are truly finished in the design stage.

Without a safety net.

In 1994, the use of safety nets for working at height had not even been considered and, in fact, in some parts of the world still isn’t today.  Back then it was running lines with harnesses and missing handrail was never a problem as typically handrail was not a requirement!  This just shows how Health & Safety has moved on for the better on our construction sites which is shown by the improvement in industry accident statistics.

I could go on all day about my first ‘major’ contract in Paignton which at the time was the largest job SMD had done at 12,000m² or my four years studying at college in Southampton where I learnt much of the engineering and skills that I use today, even if it was all by hand rather than computer!  But considering we are now doing jobs ten times the size and the internet has revolutionised training and development – there have been some really exciting changes!  I have worked with lots of great people in my 25 years and have enjoyed the ride, so thanks to everyone I have worked alongside within the industry, colleagues I have worked with in the office and to all the site guys who make what we do in the office into reality.

And finally, Ben, thanks for the watch it was totally unexpected and something I will always cherish – here’s to the next 25 years!