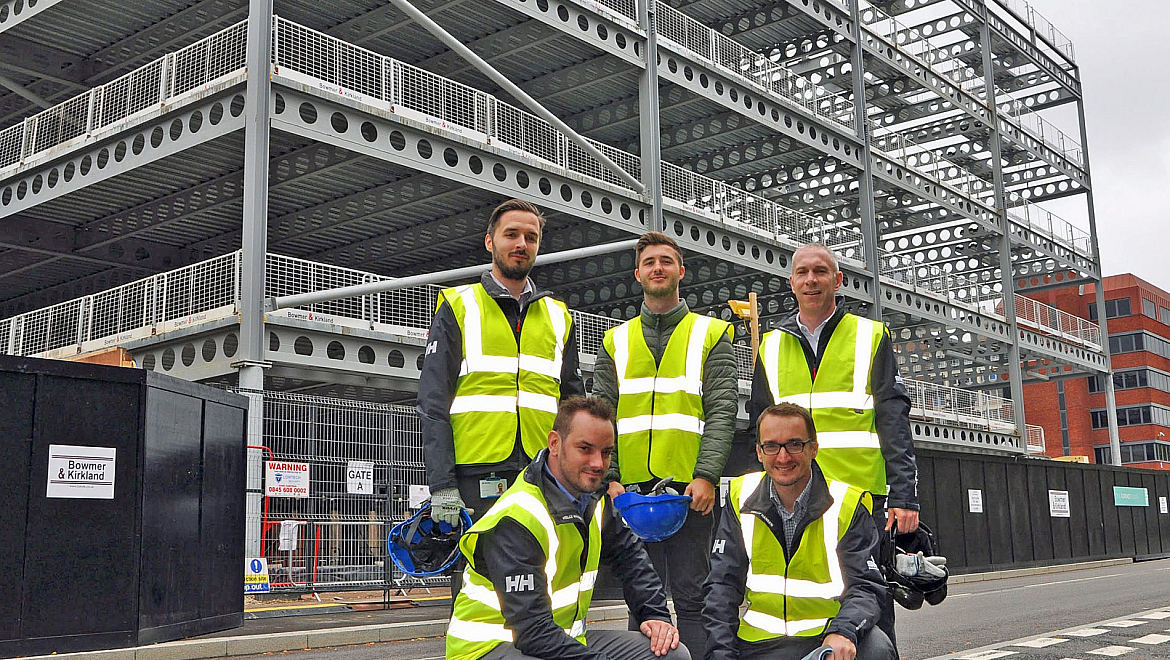 SMD set to revolutionise the way contracts are handled within the company.  We are in the throes of completely restructuring work practices to provide a better service for clients.

Celebrating a 30th anniversary in 2017 and with more than 100 staff on the payroll, SMD is forming a series of Contract Teams to oversee entire projects from design to completion.

“Our new contract teams will improve efficiency, consistency and communications through increased collaboration.

“Our processes are becoming streamlined with a single self-managed team rather than different departments dealing with clients.”

Rich said: “It’s quite a change in the company dynamic with this team all sitting together at our offices in Tower Park, Poole and taking complete responsibility for entire projects.

“It is going well so far and the beauty of this system is that we all bring our own expertise to the team and we are learning broader skill sets at the same time and becoming much more experienced.”

Having piloted the first team since January, SMD, which helped build the Shard and the Olympic Park in London, Manchester City’s Etihad Stadium and terminals at Heathrow Airport, converted the rest of the operational staff into contract teams at the start of August and early feedback from staff is positive.

The company, with regional teams covering the south, midlands, north and other teams covering small works, major works and concrete, is unaware of other similar firms running the same system within its sector.

Poole-based aerospace company Matt Black Systems gave a talk about how the firm transitioned from a traditional structured business to a fully self-managed one over a 15-year period – and proved an inspiration for SMD’s own organisational change.

SMD, which also has offices in Nottinghamshire, Scotland and Dubai and a design base in India, was founded in Ringwood in 1987 and has carried out more than 200 construction projects locally, including at the RNLI in Poole, Bournemouth Airport and Bournemouth University.