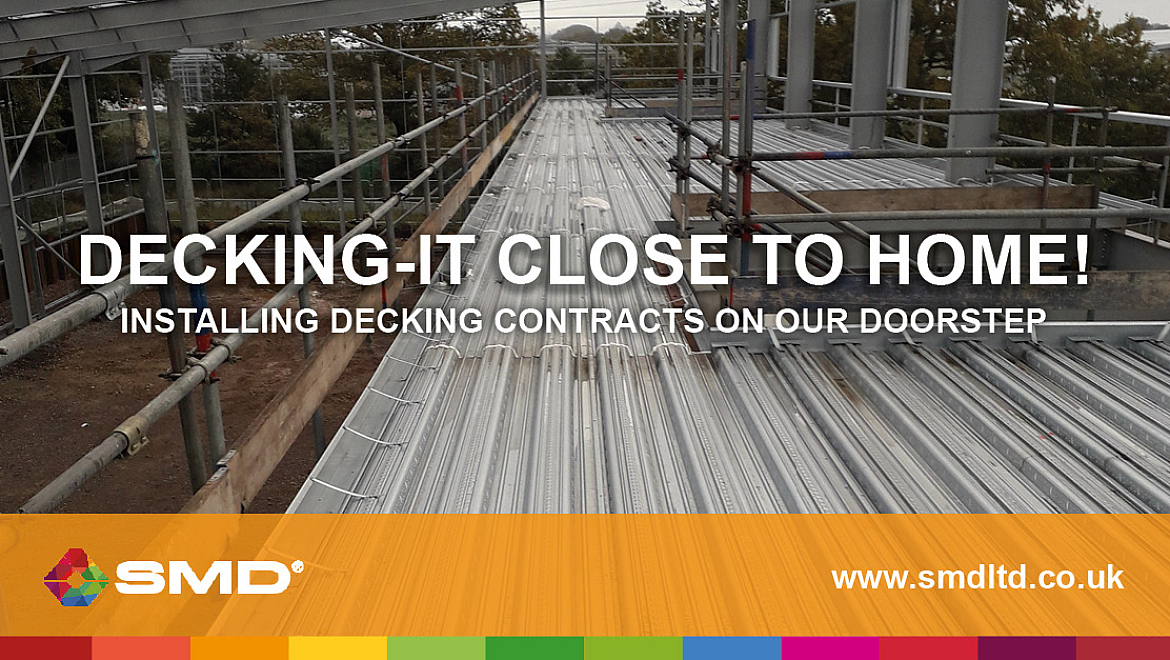 We’re supplying and installing decking for no less than four close-to-home contracts, starting literally on the doorstep with a major new factory in Poole and moving just down the road to the construction of 11No. residential flats in Bournemouth and 26 industrial units in Ferndown. The furthest afield is in Dorchester – a £4.5 million expansion to the Kingston Maurward agricultural college.

We’re set to install nearly 8,000m² of floor deck and concrete for a new factory in Cabot Lane, Poole, which is less than 3 miles from the head office. Parvalux Electric Motors is Bournemouth based, but the Poole factory will replace three separate existing sites and become the company’s headquarters. The 3.54ha brownfield site was previously occupied by Barclays and Siemens.

Parvalux has been a major employer in the area since the 1950s and is the UK’s largest manufacturer of fractional horsepower geared motors. The new factory and headquarters, designed to be carbon-neutral and to generate its own electricity, is expected to be fully operational by summer 2023 and will cater for over 200 employees.

Under a Design and Build contract (in conjunction with several local consultants), the SMD contract is being managed by our Southern team under Jim Harbut. Jim will be supported by Joe Carter, Paul Kevern, Iracy Jimenez, Davinia Bennion and Sam Small.

The decking materials are scheduled for delivery in February 2022, with the actual decking operations due to commence mid-April and run for 12-weeks. The initial focus will be construction of the factory floor, with the office areas to follow.

An under-used car park in St Stephen’s Road is due to be converted into a residential block and we will install 800m2 of floor deck and concrete in the proposed development, which has been designed by ARC Architecture Ltd.

The land, adjacent to the Wessex Way, has been used as a car park since the 1970s and is now about to undergo redevelopment with construction of the five storey block. The building will house seven one- and two-bedroom flats as well as undercroft parking.

We are currently on site at this Ferndown project, undertaking the supply and fix of 2,500m² of deck and concrete over four commercial units, working for Howard Russell Construction.

Our Small Works team completed the decking operations early in December 2021 and the final concrete pour was carried out in the week just before Christmas. 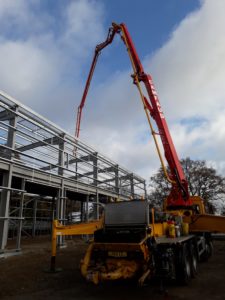 Ferndown Industrial Estate, adjacent to the busy A31, is a primary warehouse, industrial and commercial area easily accessed from both Bournemouth and Poole.

A much needed expansion to Kingston Maurward College

The Small Works team has also just completed the installation of around 400m2 of floor deck and 600m2 of roof deck at Kingston Maurward College, north-east of Dorchester. 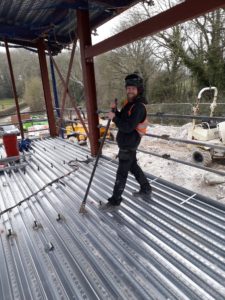 Kingston Maurward is a well-respected local agricultural college located within the grounds and buildings of Kingston Maurward House and its £4.5 million expansion will provide around 875m2 of additional lecture facilities and rural business premises. 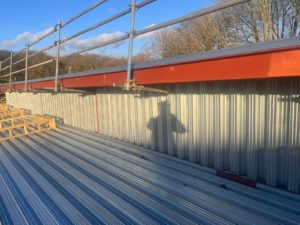