Heavy metal at the O2 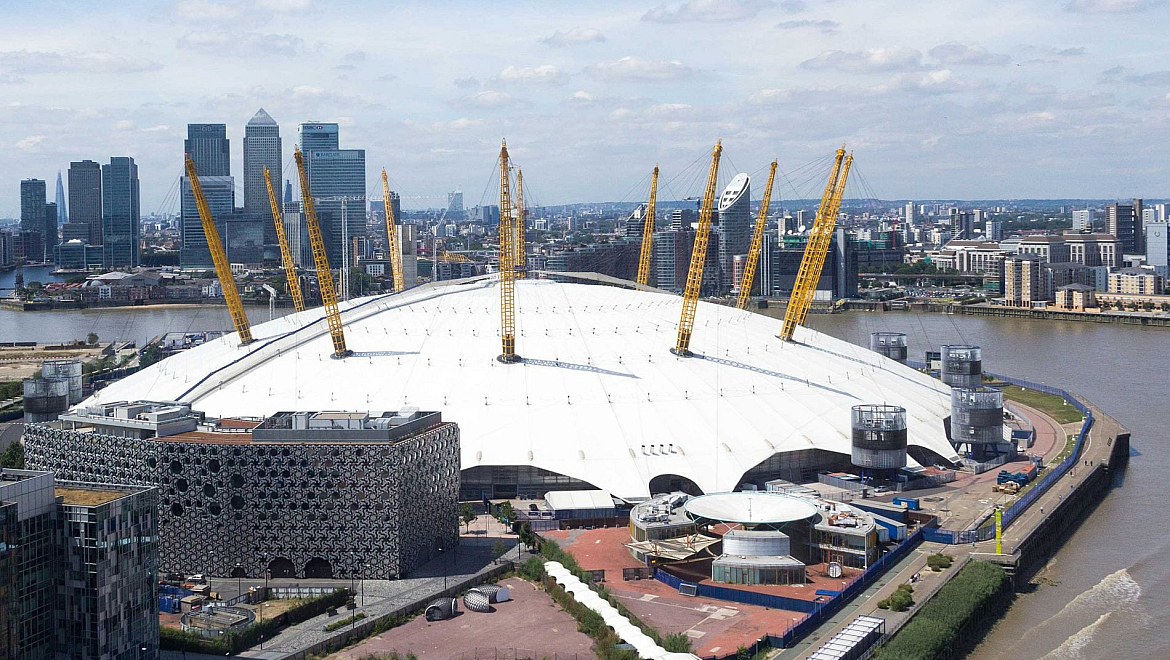 We have again been working on one of this country’s most iconic structures.

We completed the original conversion of the Millennium Dome to the O2 back in 2006 – are now deep into the latest extensive project at the entertainment complex on the Greenwich peninsular in London.

We are part of a major construction programme to complete the ring of retail outlets and entertainment venues surrounding the well-known arena.

For Project Mint – so called because of the scheme’s likeness to a Polo Mint we worked with client Bourne Steel of Poole throughout the contract installing 11,400 sq m of decking and 27,000 shear studs.

Our operations manager Richard Brokenshire said: “For this demanding contract we had to overcome a number of challenging obstacles during design and site installation, which our site teams and management overcame.

“The quality of our work and adherence to strict safety protocols was such that Bourne Steel gave us a 98 per cent customer satisfaction score and presented us with an award for safety on site.”

We are currently working on a further linked phase of the development, Project Loop with McLaren Construction Group, supplying and installing 7,700 sq m of decking and 25,700 shear studs.

Our construction manager Phil Carr added: “It has been a logistically challenging project. We have had to keep noise levels down and factor in time away from site when concerts or sporting events are taking place.”

The multi-million-pound projects, due to be completed later this year, are set to transform the O2 Arena’s environs into a top-end retail village underneath the vast fabric-covered structure.

Considered a white elephant for a considerable time after the exhibition closed, the venue was then taken over by Anschutz Entertainment Group and reopened in 2007 as a 20,000 capacity venue with naming rights sold to O2 plc.

Since then it has blossomed into one of the capital’s leading leisure complexes, hosting acts such as Led Zeppelin, Prince and the Spice Girls, the ATP World Tour tennis finals, world championship boxing and events for the 2012 Olympics and Paralympics.

We are no stranger to iconic buildings having worked on The Shard and the Olympic Park in London, Wimbledon Centre Court, Manchester’s Etihad Stadium and Heathrow Airport.

UNDER THE DOME: Steel work in progress in tight confines at the O2 in Greenwich