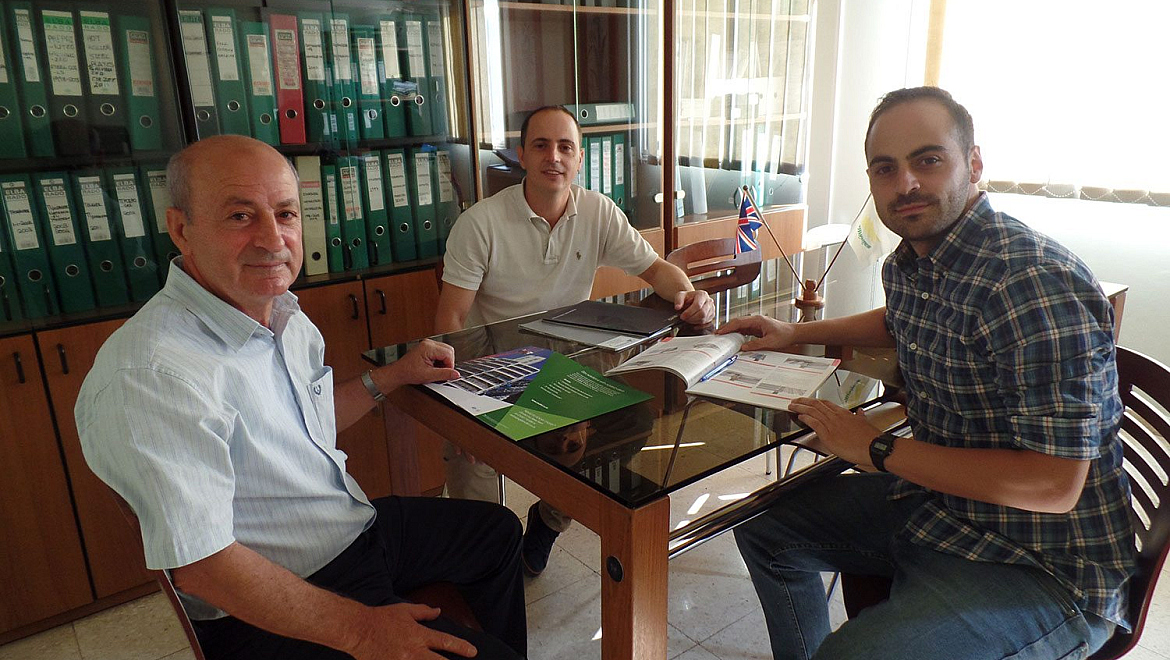 We are continuing our expansion programme by signing a distribution agreement for its products in Cyprus.

SMD is now associated with Angastiniotes Bros Steel Ltd on the Mediterranean island.

The news comes as we continue to target international growth to complement our extensive design, manufacturing and installing operations in the UK.

Managing director Ben Pratten said: “We very much see the overseas market as crucial to our expansion plans and the signing of this new distribution agreement is evidence of this further push into international trade.

“The Cyprus market for floor decking is growing. This is a positive development for SMD’s ambitions to grow sales and awareness abroad. We are hoping that once developed we will secure sales of between 40,000 and 60,000 sq m per annum.

“Angastiniotes Bros Steel Limited will be SMD’s official distributor for the region (currently Cyprus only) and initially will start with our floor deck products, but this is set to be developed as our relationship grows.”

We already have substantial overseas operations, including our satellite office in Dubai and design centre in India – and international work includes the Philharmonie de Paris in France, the Dubai Snow Centre and Tiara United Towers in Dubai.

Spokesman Constantinos Angastiniotes said: “We are happy to announce our exclusivity agreement with SMD Ltd to become the official distributor of the UK’s market leading composite floor and roofing company in Cyprus.

“Our two companies have similar length histories and I believe we will be able to work closely together to cement our position as one of the leading steel manufacturing and trading company in Cyprus through our association with SMD’s excellent products.”

With our headquarters at Tower Park, Poole, we now employ more than 100 staff at locations across the UK, including Leeds, Nottingham and Glasgow.

Our steel decking has been used in such iconic buildings as the Shard and the Olympic Park in London, Manchester City’s Etihad Stadium, Cheltenham racecourse and terminals at Heathrow Airport.

Since our founding in Ringwood in 1987 we have also carried out more than 200 construction projects locally, including at the RNLI, Poole, Bournemouth Airport and Bournemouth University.